Tallest buildings in the world | See the top 10

How tall can a building be? Are you curious enough to want to find out? Here is a piece on the tallest buildings in the world.

Humanity has become fascinated with pushing the boundaries of what is possible, setting new records only to smash them again and again. In truth, the skylines of our cities have always been shaped by those in power at any given time in history. Churches left their mark at one time, followed by governmental institutions, and in recent decades, commercial skyscrapers continue to expand higher.

The Council on Tall Structures and Urban Habitat (CTBUH) has created its classification system for tall buildings, claiming that the Burj Khalifa (828 meters) is currently the world’s tallest structure.

The top ten tallest buildings in the world are;

Taipei 101, initially known as the Taipei World Financial Center in Taiwan, stands at 1,667 square feet and is the world’s tenth tallest tower.

#9. The CITIC Tower (the tallest building in China)

The CITIC Tower is the world’s ninth-highest construction, at 1,731 feet tall. It is in Beijing and also was completed in 2018. The 109-story China Zun skyscraper is the city’s tallest structure. 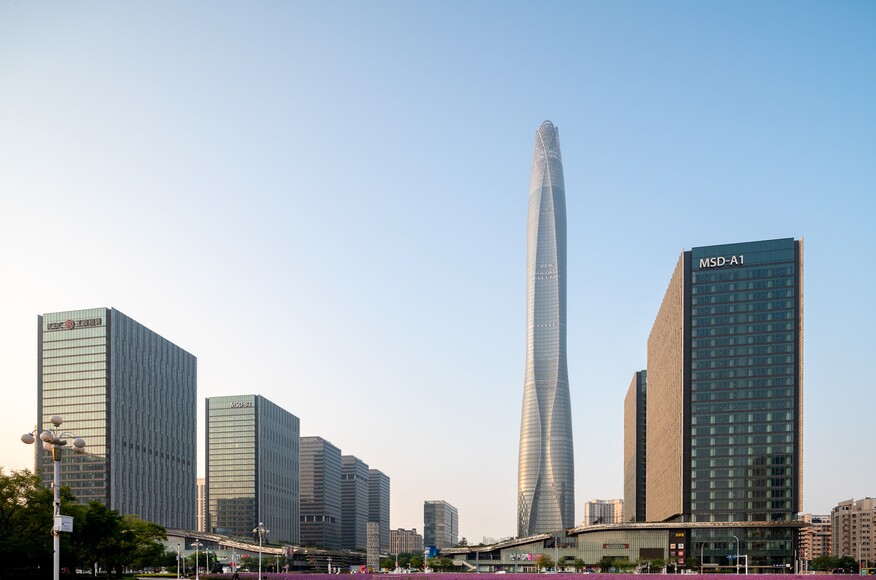 The Tianjin CTF Finance Center is 1,739 feet long and is located in Tianjin, China. In the same building, there is a hotel, apartment complexes, and offices.

In 2016, The Guangzhou CTF Finance Centre became the world’s eighth highest structure, standing at 1,740 ft. The structure is in Guangzhou, China. There are 111 floors above ground and five floors underneath. There is indeed a shopping centre, offices, housing, and a hotel there.

#5. Tower of the Lotte Group

In 2017, the Lotte World Tower in Seoul, South Korea also with a height of 1,819 feet became the world’s fifth tallest structure. It has 123 stories and was designed and builder in the space of 13 years. It is currently open to the public 7 days a week, 24 hours a day.

#4. The Ping An Finance Center.

In 2017, the Ping An Finance Tower became the fourth tallest building in the world. It is 1,965 feet tall with 115 stories in Shenzhen, China. The building comprises offices, a conference centre, and a high-end shopping complex, including a hotel and retail amenities.

#3. The Royal Clock Tower in Makkah

The Makkah Royal Clock Tower in Mecca, Saudi Arabia, is the world’s third-largest building, at 1,972 feet tall. It is a government building and cost around $tens of billions of dollars to construct in 2012.

The Shanghai Tower is 2,073 feet tall, making it China’s tallest tower. In 2015, the 128-story structure became the world’s second-largest structure. The elevators go at a 20.5 meter per second pace. The building accommodates offices, retail, and recreational activities.

#1. The Burj Khalifa (the tallest building in the world).

The Burj Khalifa in Dubai, United Arab Emirates, has been the world’s tallest skyscraper for the past decade. The huge structure, which was finished in 2010, has a length of 2,717 feet. The construction of the structure began in 2004. There are 163 floors in all.